In the world of iGaming, Play'n GO casinos rank as one of the most sought after. Play'n GO online casinos power many of the best rated and widely played casino games and slots. No player, wherever their preferences lie, will be disappointed by the selection of Play'n GO casino games.

In the world of iGaming, Play'n GO casinos rank as one of the most sought after. Play'n GO online casinos power many of the best rated and widely played casino games and slots. No player, wherever their preferences lie, will be disappointed by the selection of Play'n GO casino games. 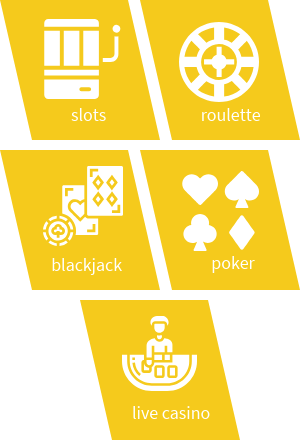 An extensive range of themes is offered with Play’n GO, to suit virtually every taste. From mythology-themed games to historical content, and from music celebrity features to TV shows, Play’n GO covers them all. There is likely no theme a player could think of that is outside Play’n GO’s range.

To mark their twenty-year performance anniversary, Swedish heavy metal group Sabaton teamed up with Play’n GO to create a self-titled, themed game. The game is appealing to both fans and general players, show-casing extensive animation, a cameo appearance by Joakim Brodén, Sabaton’s vocalist, and a plethora of other exciting features.

Mythology features in the multi award winning slot game, Viking Runecraft. It has a 7×7 game grid and entertains players with the Judgement of Jormungandr, Fury of Fenrir, Lure of Loki and Scorching of Surtr. 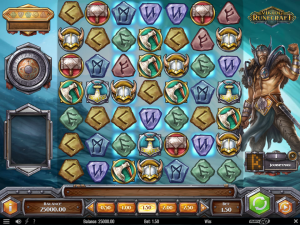 The creators of Play’n GO have been active in the field since 1997 and brought the company to fruition in the online casino gaming industry in 2004. In the years that followed, with the increasing growth of games for mobile platforms, and the online expansion of entertainment more generally, Play’n GO became a major player in these sectors, appealing to new generations of online casino gaming enthusiasts.

Play’n GO has won numerous awards over the last five years. In 2015 they picked up the title for Mobile Product of the Year at IGA. At EGR Italy, received the award for best supplier of casino games in 2017. And In 2019, Play’n GO was awarded three iGaming Excellence Awards. These prizes were given by MBR Publications and Gaming Malta. Play’n GO also regularly exhibits at all the major events and participates in the relevant global forums and conferences.

Play’n GO is proud of its status among the leaders of producers in the mobile games sector. They were one of the first to address this market area, offering innovative and high-quality products compatible with HTML5 and Flash. The personal expertise within the company is combined here with market knowledge to bring these products to public consciousness.

Play’n GO is known for their unique and high-quality content in the online casino games sector. They support measures to ensure responsible gaming and look set for a bright future.

18+. New customers only. 100% deposit bonus up to C$100. Opt-in required. Minimum deposit to claim the offer is C$20. There is a 48x wagering requirement that applies for bonuses and bonus winnings before withdrawal (game weighting applies). The withdrawal request will remove the remaining bonus money from the player’s account. Any unused bonus money will expire after 7 days. Maximum bonus bet is C$5 per bet line. Gamble responsibly. www.gamblingtherapy.org/en. Terms and conditions apply